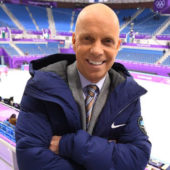 The most recognized male figure skating star in the world, Scott Hamilton has won 70 titles, awards and honors including an Emmy Award nomination, induction into the United States Olympic Hall of Fame and a privileged member of the World Figure Skating Hall of Fame.

In 1984, Scott captured the attention of the world with his Olympic Gold medal performances in Saravejo and since has shared his love and enthusiasm for the sport as a analyst/commentator, performer, producer and best-selling author (Finish First: Winning Changes Everything, 2018; The Great Eight, 2009; Landing It, 1999). He further inspires others as a speaker, humanitarian, and as a cancer and pituitary brain tumor survivor.

After losing his mother to cancer, then becoming survivor himself, Scott turned activist, launching the Scott Hamilton CARES Foundation (Cancer Alliance for Research, Education and Survivorship). He founded several education and survivorship programs including Chemocare.com and the 4th Angel Mentoring Program.  Events such as Sk8 to Elimin8 Cancer and An Evening with Scott Hamilton & Friends galas fund research into treatments that treat the cancer and spare the patient harm.

Scott recently launched Live Your Days – a call to being present and not let day after day pass, just going through the checklist of life. It is about putting down your phone to enjoy the people and moments that God has given you, because we don’t control the number of days we have on this earth, we only control what we do with them. The online platform includes a weekly podcast interview, 30-day life challenges with easy to implement tips and merchandise, with proceeds benefiting the Scott Hamilton CARES Foundation. Visit https://liveyourdays.com/

He is also the founder of the Scott Hamilton Skating Academy at the Ford Ice Centers in Antioch, TN and Bellevue, TN, where he may frequently be found coaching Learn to Skate students and sharing his love of skating. 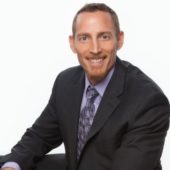 No Grain No Pain

With Dr. Peter Osborne
Air Date: March 17, 2021 10:00 am ET
ENCORE – In this episode Hosts Beth and Scott have a conversation with Dr. Osborne about nutrition. Dr. Osborne is the director of Origins Health Care in Sugar Land, Texas. He is often referred to as “The Gluten Free Warrior” and is one of the most sought after alternative and nutritional experts in the world. He is a chiropractor, a Doctor of pastoral science, a Board-Certified Clinical Nutritionist author of a best-selling book called No Grain No Pain.
Episode Details
Also available on: 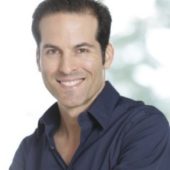 With Ian Farrar
Air Date: March 3, 2021 10:00 am ET
If we told you that greens are one of the most powerful and interesting foods on the planet, would you believe us? If we told you that greens were veggies superheroes, would you believe us? Join our healthier view conversation with Ian Farrar, from Purium, as we discuss the importance of eating healthy and how preventative care is your safe guard for optimal health.
Episode Details
Also available on: 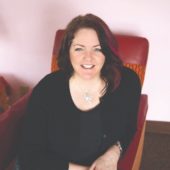 With Tanya Hiser
Air Date: February 24, 2021 10:00 am ET
ENCORE! In this episode Hosts Beth and Dr. Scott Clitheroe welcome Special Guest Tanya Hiser to the conversation. With the world dealing with the Covid 19 outbreak in today’s conversation we will talk about mental health. As we focus on our physical health this conversation will go in depth of how equally important it is for us to address and take care of our mental health too. This episode initially began streaming on 3/19/20.
Episode Details
Also available on: 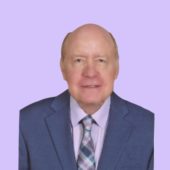 The Gentle Greeting – A conversation with Dr. Ronald Cole about multidiscipline alternative birth including water birth.

With Dr. Ronald Cole
Air Date: February 3, 2021 10:00 am ET
Dr. Cole is unique as an enlightened birth advocate and a leading pioneer of spirituality in the field of pregnancy, birthing, and healing. How he came to this role in the field of obstetrics was through his own continuing spiritual journey, which led to his abiding interest as a birth advocate for pregnant mothers. Unique in itself is the fact that Dr. Cole began his professional life as an engineer, graduating from the University of Missouri with both a bachelor’s degree and master’s degree in civil engineering.
Episode Details
Also available on: 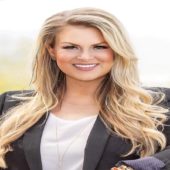 The history and benefits of CBD Oil.

With Marlies Fitch Ledbetter, CPC, CEO and Founder of Indie Hemp Company, Certified Medial Cannabis Consultant and Trainer.
Air Date: January 20, 2021 10:00 am ET
Did you know that CBD has been shown to have some mental and health benefits? In this episode we will discuss what is CBD oil good for including the extensive CBD oil benefits list, CBD oil uses and the many different CBD oil forms. Tune in as Beth, Dr. Scott Cliteroe and Marlies discuss the history, facts and benefits of CBD Oil, you will not only find this discussion interesting but also educational!
Episode Details
Also available on: 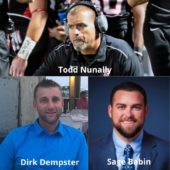 How can people and service reduce risks and costs at jobsites?

With Todd Nunnally, Dirk Dempster and Sage Babin All of Performance Energy Services
Air Date: December 16, 2020 12:00 am ET
Join Todd Nunnally, Dirk Dempster & Sage Babin as they take over A Healthier View for a special episode to talk about worksite wellness. Every year, employers must strike a fine balance between employee health benefits and the bottom line. Employee wellness programs can be crucial measures of an employer’s commitment to its workforce. Hear more about the Employee Wellness Programs at Performance Energy Services.
Episode Details
Also available on:

With Your Hosts Beth and Dr. Scott Clitheroe
Air Date: December 9, 2020 12:30 pm ET
The good news is that by using practical lifestyle tips and brain training, you can hack your mind to not only become inspired, but also to improve exercise motivation. In this podcast, Dr Clitheroe and Beth talk about the importance of fitness and ways to stay motivated so that you can not only get yourself out to the door to exercise, but also compete at peak mental efficiency.
Episode Details
Also available on: 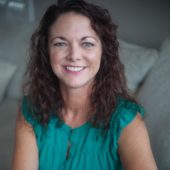 Healing through our Emotional & Body Code

With Stacy Ellie, RN
Air Date: December 2, 2020 10:00 am ET
Stacy Ellie is an RN with a passion for holistic health and learning tools to help the body, mind, and spirit do what it was designed to do: Heal itself. She is an Intuitive Energy Healer certified in Emotion Code & Body Code. Her talents and passion lie in mindset change, Law of Attraction, releasing Emotional Baggage and energy blocks to healing.
Episode Details
Also available on: 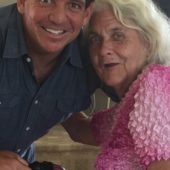 Better Together: Taking Care of our Aging Parents 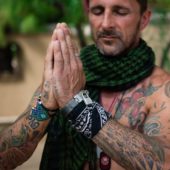 Finding My Voice and a Cause: Raising Awareness about Human Trafficking

With Paul Swek
Air Date: September 30, 2020 10:00 am ET
Human trafficking is a crime that forcefully exploits women, men, and children. According to the United Nations, human trafficking affects every country in the world but it’s not talked about enough. So, we’re talking about it. In this episode Paul Swek joins us to talk more about human trafficking, find support, resources and ways you can take action.
Episode Details
Also available on:

Why is digestion important?

With Hosts Beth and Dr. Scott Clitheroe
Air Date: September 16, 2020 10:00 am ET
Digestion is important because your body needs nutrients from food and drink to work properly and stay healthy. Proteins, fats, carbohydrates, vitamins, minerals and water are nutrients. Your digestive system breaks nutrients into parts small enough for your body to absorb and use for energy, growth, and cell repair. Join Dr Clitheroe and Beth as they talk about digestive health in this season 5 (2020-2021) opening episode!
Episode Details
Also available on: 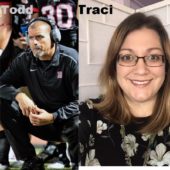 Why stretching is important

With Todd Nunally and Traci Haines.
Air Date: June 18, 2020 10:00 am ET
In this episode Host Beth, along with special guests Todd Nunnally & Traci Haines talk about how stretching keeps the muscles flexible, strong, and healthy, and we need that flexibility to maintain a range of motion in the joints. Without it, the muscles shorten and become tight. Then, when you call on the muscles for activity, they are weak and unable to extend all the way. That puts you at risk for joint pain, strains, and muscle damage.
Episode Details
Also available on: 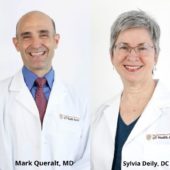 A Healthy Approach to Back Care