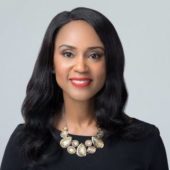 Join us as Host Kathy welcomes Special Guest Kimberly Dove to the conversation as they talk about how to “Rise and Walk” in your spiritual gifts. Kimberly Dove represents areas in the cities of College Park, East Point, South Fulton, and Union City.  She is a long-time resident of South Fulton and currently resides in the newly-formed City of South Fulton. Initially appointed by the Fulton County School Board to fill the remainder of the District 6 term vacated in May 2017, Ms. Dove was subsequently elected to the position in 2018. The current four-year term for District 6 is set to expire December 31, 2022. 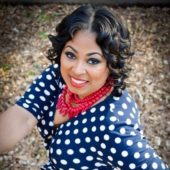 How to Remove Roadblocks to Wealth

With Guest Co-Host Treshelle Williams, M.ED
Air Date: January 18, 2022 7:00 pm ET
In this episode Kathy and Treshelle explain and provide actionable tools that can empower you to eliminate roadblocks to wealth.  Treshelle Williams, M.Ed is a Master Coach, a devoted daughter, sister, friend and wife to her husband for nearly 15 years, has spent the past 6 years developing and growing a business that support and encourage married and engaged women across the nation. Treshelle has had a unique connection to the women she meets that allowed her to build lifelong relationships that cross state borders. These wonderful connections have led to her swift success in the growth of Wife Talk, Inc., The Successful Woman Inner Circle, and 6 Figure Trading Chicks.
Episode Details/Leave a Comment
Also available on:

With Special Guest Treshelle Williams, M.Ed, Master Coach
Air Date: December 14, 2021 7:00 pm ET
Are you ready to start learning how to gain wealth?  Tune is as Host Kathy and her expert guest Treshelle Williams begin speaking into you to begin your journey.  Treshelle Williams, M.Ed is a Master Coach, a devoted daughter, sister, friend and wife to her husband for nearly 15 years, has spent the past 6 years developing and growing a business that support and encourage married and engaged women across the nation. Treshelle has had a unique connection to the women she meets that allowed her to build lifelong relationships that cross state borders. These wonderful connections have led to her swift success in the growth of Wife Talk, Inc., The Successful Woman Inner Circle, and 6 Figure Trading Chicks.  Over the past 6 short years, Treshelle has been able to create a platform that reaches over 36,000 women and it is growing consistently.
Episode Details/Leave a Comment
Also available on: 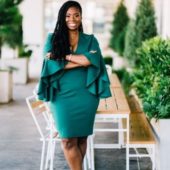 How to Fire Your Boss!

With Special Guest Geretta Benjamin, Founder of Purposed to Pour and friends Jacqueline Dennis & Patricia Welch-Whitcomb
Air Date: November 30, 2021 7:00 pm ET
Tune is as Host Kathy continues the lively conversation about building wealth with expert guest Geretta Benjamin and friends. Come on in and grab nuggets that can empower you in your journey!  Geretta Patrice is the founder of Purposed to Pour, is a Business Confidence Coach + Digital .  Geretta is a entrepreneur who takes absolute pride in helping women entrepreneurs build, embrace and take ownership of their God given confidence. She believes wholeheartedly that having bold confidence is a stepping stone for making a bold impact. Geretta is truly dedicated to guiding women on their journey of managing, maximizing and multiplying their life, business and wealth. She stands on the ideal that You Can’t Pour, Poor.
Episode Details/Leave a Comment
Also available on: 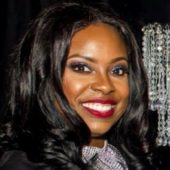 How to Make Your Money Work for You

Special Guests Fateema Smith and Friends, Treshelle Williams and Jacque Dennis.
Air Date: November 16, 2021 7:00 pm ET
Girlfriends join us!  Tune in as we talk about women, money, investing, power and faith, Brave Girls Trade! Host Kathy welcomes friends who have bravely invested into their financial futures!  Fateema Smith is a mother of a 25 year old beautiful daughter, real estate broker for 17 years, was a supervisor for the U.S. Postal Service  for 11 years, and taught middle school math.  Currently, she lives in Little Rock, AR,  is a cryptocurrency investor & trader, trades in the foreign exchange global market, and is a full-time entrepreneur.
Episode Details/Leave a Comment
Also available on: 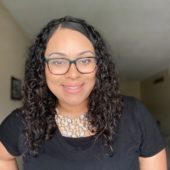 How to Get Beyond the Myths and Purchase Cryptocurrency

With Special Guests Francis Rodriquez and Friends: Lula Hardy & Faith Gadal
Air Date: October 26, 2021 7:00 pm ET
Information is Power! In this episode and conversation we talk about women learning how to trade by first covering the myths about cryptocurrency and more! Our guest Francis is a mother, FOREX & cryptocurrency trader, and entrepreneur out of Indiana, IN.  She has over 12 years of financial services experience.  After being laid off from her job, she never knew that an introduction to cryptocurrency  would change her life and be such a blessing in creating a new and better lifestyle that she desired.
Episode Details/Leave a Comment
Also available on:

How To Understand Wealth

With Special Guest Treshelle Williams and Friends Jacqueline Dennis and Patricia Welch-Whitcomb.
Air Date: October 19, 2021 7:00 pm ET
You do not want to miss this Powerful Conversation!  Wealth versus Money, Let’s Talk about how to understand wealth. First let’s talk about how to change your mindset about money. Life changing “nuggets” are shared, grab your pen and paper you will want to take notes! Information is power. Enjoyed the conversation? Leave a comment!
Episode Details/Leave a Comment
Also available on: 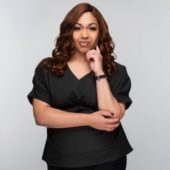 Welcome to Season 3 – How to Normalize Wealth

With Special Guest Alexis Sydney, Founder of the Twelve Firm
Air Date: September 29, 2021 7:00 pm ET
Welcome to Season 3! Want to know how to normalize wealth?  Don’t miss this conversation with the amazing Alexis Sydney where she will spill the tea on how to get understanding on how to educate yourself on how to multiply your money, and get it to work for you instead of you continuing to work for it.
Episode Details/Leave a Comment
Also available on: 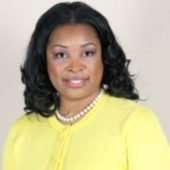 With Tosha Thornton, Southlake Realty of Atlanta, LLC.
Air Date: May 4, 2021 7:00 pm ET
Rise and rock in a pandemic? Yep! The past year up to now has truly been more than an eye opener, especially for essential workers, small businesses, and the real estate industry,causing a total reset and Host Kathy and her special guest Tosha Thornton did just that! She had a phenomenal year in real estate, opened the doors of a new franchise when the government was closing down everything, and what did she do? Rose, rocked it (didn’t give up), reset and repeated.
Episode Details/Leave a Comment
Also available on: 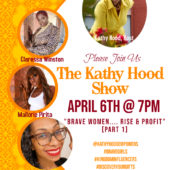 With Special Guests Claressa Winston, Mallories Pirota and April Pullins
Air Date: April 6, 2021 7:00 pm ET
Three beautiful women and three perspectives of what a brave women think,, feel and do in the process of thriving to success! Join Host Kathy and Claressa Winston, Mallories Pirota and April Pullins as they give and share valuable tops on how Brave Women should Rise & Profit!
Episode Details/Leave a Comment
Also available on: 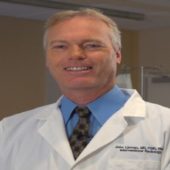 With Dr. John Lipman
Air Date: January 19, 2021 7:00 pm ET
LIVE BROADCAST! This episode is sponsored by the Atlanta Fibroid Center. In response to high demand this part 2 episode is airing live to provide you the opportunity to call in and ask Dr. Lipman a question about uterine fibroids and his minimally invasice treatment option for fibroids. CALL In Details: Call in during showtime to #347-321-5246 and press “1” to enter our on air queue. Line does not open until 7 pm ET. Once in queue and the Host begins taking calls listen for the last four digits of your number, and you will be live on AIR!
Episode Details/Leave a Comment
Also available on: 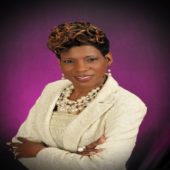 Lady Melissa T. McRae
Air Date: January 5, 2021 7:00 pm ET
As you prepare for life in 2021 are you in hot pursuit of your desires? In this episode Host Kathy and Lady Melissa will share their wisdom and useful tips on “how and why” you need to be prepared because God has granted you another chance to get it right! Lady Melissa Tillery-McRae is a licensed and ordained Evangelist. Alongside her husband, Elder Theodore McRae, stepped out on faith in March of 2010 and launched Abundant Life Ministries of South Florida, Inc. and in 2020 established Emerge SFL Inc., a non-profit.
Episode Details/Leave a Comment
Also available on: 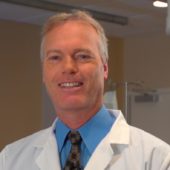 With Dr. John Lipman
Air Date: December 7, 2020 12:00 am ET
Are you suffering from fibroids? Learn more about Uterine Fibroid Embolization (UFE) a alternative to major surgery and suffer no more! Hear from Dr. John Lipman one of the world’s leading experts in the nonsurgical treatment of uterine fibroids. .
Episode Details/Leave a Comment
Also available on: 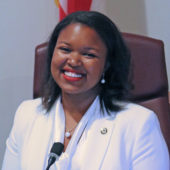