Welcome to the Up2Me Magazine Show!

Join Host Gabby G and Guests as they go behind the scenes of successful small businesses and the entertainment industry.
Gabby G is a passionate on air personality who naturally has the “gift of gab”. Gabby G sets a conversational tone with her guests as though she has known them all of their life. Guest share what they have learned from their challenges, struggles, failures and successes while balancing faith, family & their careers.
Broadcasting from Philadelphia, PA. 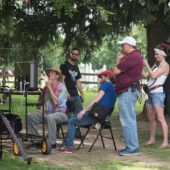 “Educate, Entertain and Inspire”! A Conversation with Douglas B. Maddox 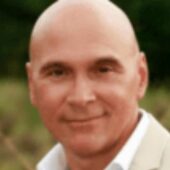 How to Listen to Your Own Heart and God-Given Instincts

With Special Guest Eric Caron
Air Date: October 8, 2022 10:00 am ET
Gabby G is Back! Welcome to a new season of the Up2Me Magazine Show with Host Gabby G and Special Guest Eric Caron, Retired U.S Special Agent, Diplomat, Speaker & Best Selling Author Join Gabby G and former Special U.S. Agent, Diplomat, International Speaker and Best-Selling Author, Eric Caron as they discuss Eric’s new book, “Switched on Life” , The Heart and Mind of a Special Agent.  In this episode, Eric Caron will share techniques he has learned as a 25 year decorated United States Special Agent (retired) to be more safely aware using one’s heart and God-given instincts he refers to as being “switched on”. Eric will also share his Mind, Body  and Soul philosophy to help us not just survive but THRIVE in our everyday lives by practicing these everyday principles.  Do you want to learn how to feel fear-less in your daily life? Then you will not want to miss this conversation with Eric Caron.
Episode Details/Leave a Comment
Also available on: 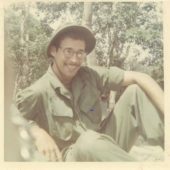 Every Day is Veteran’s Day!

With Special Guest Time Price
Air Date: February 26, 2022 10:00 am ET
Join Gabby G in Conversation with Vietnam Veteran (Army, 1st Infantry Division), Tim Price as he tells his story of sacrifice to our country, his healing journey and how he chooses to  Honor Our National Heroes, with his Vietnam Veterans National Capital Wall Washing Crew and Gilchrist Hospice Care Ministry. Don’t miss this opportunity to learn how you can also support our Veterans and Honor our Heroes!
Episode Details/Leave a Comment
Also available on: 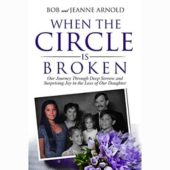 Beauty For Ashes:  Finding Joy and Hope in the Grieving Process

With Special Guests Bob and Jeanne Arnold, Authors
Air Date: January 15, 2022 10:00 am ET
Join Host Gabby G and her guests Bob and Jeanne Arnold as they share their journey through deep sorrow and surprising joy in the loss of their daughter Marcie i as depicted in their book, “When the Circle is Broken.”  If you are in the midst of or have experienced deep sorrow through loss you will not want to miss this episode and blessing.
Episode Details/Leave a Comment
Also available on: 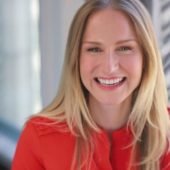 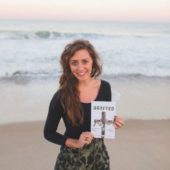 “Drafted” with Author, Speaker and Ordained Minister, Jordan Oliver. “You have been Chosen for a War already Won; the Battle is to Believe it”…

With Special Guest Jordan Oliver
Air Date: July 24, 2021 10:00 am ET
Now in Podcast! Join Host Gabby G and her guest this week, Ordained Minister, Author and Speaker, Jordan Oliver to discuss her Journey with her two sisters, Madison and Taylor Oliver and their Triple Braided Cord Company, Tour of the Nations mission, inspired by God for Hope and Healing for our Land and it’s people.
Episode Details/Leave a Comment
Also available on: 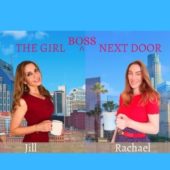 The Girl Boss Next Door

With Jenn Gotzon, Actress, Producer and Author (Divine Beauty Devotional)
Air Date: April 24, 2021 10:00 am ET
NEW DATE!- Live Broadcast! Join Gabby G as she talks with Actress Jenn Gotzon Chandler about her latest movie, “The Farmer and the Belle, Saving Santaland” and the children’s book “Beautiful Mable” inspired by the message from the film about our true beauty that lives on the inside of each of us. As seen in the family, Christmas movie, “The Farmer and The Belle: Saving Santaland,” Beautiful Mable is a children’s storybook about kindness by VeggieTales Co-Creator Mike Nawrocki with illustrations by instagram sensation, Sara Jo Floyd @Bryartonfarm.
Episode Details/Leave a Comment
Also available on: 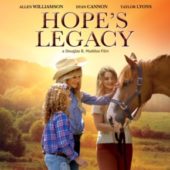 Douglas Maddox, Director & Producer of the film Hope's Legacy
Air Date: January 9, 2021 10:00 am ET
LIVE BROADCAST – Join Host Gabby G for a up close conversation with Douglas Maddox, Director of the recently released of film Hope’s Legacy starring Dyan Cannon, Allen Williamson and Taylor Lyons! Hear about behind the scence moments and how a local community came together to support the making of this family friendly, equestrian themed film along with a sweet love story on and off the screen! Podcast will be available immediately following the live show.
Episode Details/Leave a Comment
Also available on: 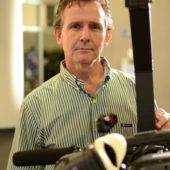 A Holiday Special: Letters from Santa

Special Guest Neil Beller, Author & CEO of Kit and Kaboodle Productions
Air Date: December 5, 2020 12:00 am ET
A Holiday Special! Enjoy Gabby G with Guest Neil Beller as they share a wonderful Christmas Story about letters to and from Santa! Tune in for some holiday cheer, joy, peace, happiness and hear some of the adorable letters from children to Santa!
Episode Details/Leave a Comment
Also available on:

With Neil R. Beller, Author & CEO of Kit and Kaboodle Productions
Air Date: October 10, 2020 10:00 am ET
Join us as we talk about Neil’s early career and how he built his award-winning Baltimore production company, Kit and Kaboodle Productions and how the Pandemic has impacted the Industry and His Business. We will also discuss his innovative ways he learned to re-imagine business for his family and become a healthier, more productive version for himself and his family.
Episode Details/Leave a Comment
Also available on: 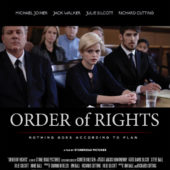 With Jim Ball, Director and Julie Silcott Executive Producer & Actress, Order of Rights Movie
Air Date: September 26, 2020 10:00 am ET
Join us for a up close conversation with Jim Ball and Julie Silcott as they talk about the inspiration behind the story and writing of the script for the film Order of Rights. They will also discuss challenges shooting the film and how changes were made for distribution in spite of a pandemic.
Episode Details/Leave a Comment
Also available on: 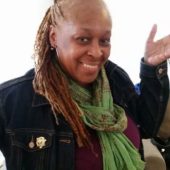 With Antoinette "Toni" Tynes, Lighting Designer
Air Date: September 19, 2020 10:00 am ET
Tune in as Host Gabby G welcomes Antoinette, “Toni” Tynes to the conversation as they talk about the impacts of the pandemic on the theater industry. Toni will share her experience and journey to Broadway as a award winning Lighting Designer.
Episode Details/Leave a Comment
Also available on:

Visit the Up2Me Radio channel on any of the below free Podcast Apps:

Gail was born and raised as the eighth of ten children in Baltimore, Maryland. She spent her formative and teen years developing her love of musical theater and the arts by studying and performing in her school productions, local community colleges, theaters, summer stock, a repertory acting company and Maryland Public Television.

After graduating from high school, Gail followed her dream and moved to Hollywood, California where she experienced the business side of the industry working with the Albert G. Ruben Co., Entertainment Insurance Agency in Beverly Hills as an Assistant Claims Representative. However, it was after she had returned to Baltimore and was working in Marketing at the Baltimore Symphony Orchestra that she realized her love of promotion for others and the performing arts.

After raising her family, Gail began to grow a passion for empowering others to pursue their own performing arts dreams. She felt she was led to a “God appointment” when she met Up2Me Radio’s, Alicia Ward, Author and Radio Host of There is Life After Lay-off at the 2013 Kingdomwood Christian Film Festival in Atlanta, Georgia to honor her friend, Actress and Executive Producer, Julie Silcott. Gail felt an instant connection and respect for Alicia and the Atlanta Life Media team (led by Founder, CEO and Executive Producer, Melinda Davis} who were committed to the same passion in directing others towards finding success in their own personal journeys through media excellence. This meeting led to an invitation to join the Atlanta Life Media, LLC team and as the second radio host added to their Up2Me Radio program with The Up2Me Magazine Show, a companion to the magazine of the same name, of which Gail is a Senior Copy Editor today.

To date, Gail continues as host of The Up2Me Magazine Show as “Gabby G”, every Saturday morning from 10am-11am (EST). Currently in its fourth season, The Up2Me Magazine Show offers a premiere platform for a variety of guests and in the faith-based film industry to go behind the scenes to share their own personal back-stories to offer resources, tips and practical tools that bring inspiration and direction to nearly one million listeners at Up2Me Radio. Since 2013, Up2Me Radio has now expanded to 12 diverse programs heard around the globe and can be accessed on iTunes, Stitcher, Google Play Music and TuneIn free apps on all mobile devices. For more information please visit Gail’s website at www.up2meradio.com and click on her show page for The Up2Me Magazine Show.

As “Gabby G”, Gail has also appeared on the Nashville Entertainment Weekly Television Show with Hosts, T.J. Cates and Jill Santibanez of Nashville Artists Management in Nashville Tennessee and has written two articles for ‘Fair Play Country Music’ Magazine, a German publication. Her second article featuring her role as host with Up2Me Radio will be included as a book through Amazon in April, 2019 and features TJ Cates and Jill Santibanez on the cover. Gail is also a member through Atlanta Life Media Agency LLC of the Gospel Music Association Dove Awards in Nashville, Tennessee.

Look for Gail as “Gabby G” in October as Up2Me Radio sponsors the Up2Me Radio & Friends Awards Luncheon with Actress, Producer and Inspirational Speaker, Shannen Fields and the “H.E.A.R. My Heart Women of Faith Conference & Gala in Atlanta, Georgia. Gail is also serving on the planning committee with Author, Actress and Screenwriter, Terri Bea-Sopher and Up2Me Radio, Executive Producer, Melinda Davis and feels grateful to be surrounded by such passionate and experienced women who work generously in supporting others.